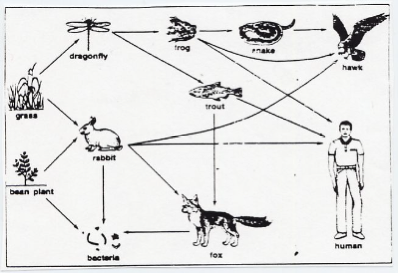 This essay is not meant to discredit any religious belief accustoming followers to respect special eating habits and/or meal rituals. It addresses ordinary human beings eating habits before any civilization and before tool creation.

The living creatures on our planet are created in such a way where some species must feed on other species in order to survive throughout its life expectancy.

Newborn mammals are dependent of their mother’s milk for a period of time until they are able to feed themselves.

Generally in nature, breeds have no appetite to consume the breeds that feeds on them! Example: Lambs are part of Wolves diet nevertheless this phenomenon is irreversible: A starving Lamb can never feed on Wolf flesh.

Humans’ anatomy compared to others

Each creature of this world is miraculously created with the body parts and the skills required for searching, hunting, and capturing or simply reaching the necessary food.

Goats have 32 teeth: 8 teeth on their front lower jaw called incisors and a “Dental Pad” called gum on their front upper jaw; these are used to bite off vegetation leaves and small branches. On the back of both their lower and upper jaws, they have in all 24 pre-molars and molars that they use for chewing.”

Tiger’s 30 teeth, powerful jaw structure and skills, play an important role in hunting, diet and general way of life. These are used for grabbing and moving preys -sometimes bigger than the tiger itself- snapping necks, crunching through bone and tendons, tearing flesh and grinding meat crushing everything into a soft enough gruel to swallow.

The human teeth function to mechanically break down food by cutting and crushing in preparation for swallowing and digestion. There are four different types of teeth, namely incisors, canines, premolars and molars. Each tooth type has a different function. The incisors cut the food, the canines tear the food and the premolars and molars crush the food”

Human eating habits before the invention of the knife:

Before the knife (or any sharp object achieving the same objective), it was almost impossible for humans to consume red meat! The skin that covered the animals also protected their flesh making it inaccessible. Human teeth and nails do not have the necessary power to cut through thick skin to reach the flesh!

Poultry and birds do not represent the same challenge as it is easy to pluck feathers without any tool! The same goes for fish.

We Humans are the only species that consumes milk and milk by products throughout our entire life.

For those who do not know it, cows do not give milk indefinitely. They give milk over a limited period following calf deliveries. Farmers then should keep their cows periodically impregnated to profit from milking them!

As a general rule, humans could consume anything that does not harm them!

Below some general thoughts:

Humans have been consuming meat for thousands of years without any major problem. However the individual consumption has increased over the last half century. Meat consumption was previously occasional however over the years it has become on a daily basis.

Is this bad? May be it is! Human beings were not able to consume such a food type before the creation of the knife.

Are new illnesses linked to excessive meat consumption? We must not forget that “Mad Cow Disease” resulted from feeding cows the remains of slaughtered cows! Although I am not a scientist, I believe that red meat consumption should be occasional otherwise God would have created humans with jaws similar to those of tigers!

Should we avoid consuming carnivore animal’s meat? There was a non written law that forbade that. There must have been a relevant reason for it to have been observed for thousands of years!

As capturing and consuming them was easy for the early human, they must be food types that we should keep consuming.

I have reservation towards excess in milk consumption even though we are the only species that consumes milk through our entire life. Am I wrong? Only future studies would shed more light to that.